I thought I would throw out some basic advice to younger guys about women.

1.  You can only date a woman you are attracted to but realize that no matter how she looks, she is going to get old and wrinkly.  So make sure you like more than just her looks. 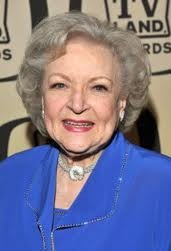 2.  If a woman is constantly complaining about how other guys are stalking her or sexually harassing her, don’t attempt to protect her from those men.  Ditch her.  She will say the same about you later.

3.  If there is always drama in her life, ditch her.  She will cause drama in your life later.

4.  If a woman only likes to hang out with guy friends, don’t expect that to change after you are in a relationship.

6.  Take a good hard look at her mother.  If you can’t imagine sleeping with someone that looks like her mother in 20 years, ditch her.

7.  If she believes in “soul mates,” ditch her.  She will make you miserable for not meeting up to the expectation.

8.  If she cries during the movie “The Notebook,” ditch her.  You can never live up to that movie.

9.  If she is always broke and spending all of her money, ditch her.  She will spend all of your money too.