If You Could Win a Hottie Contest

We are working on an important project at work.  We decided that we would manipulate the votes on a hottie contest that is being held on a large local website. 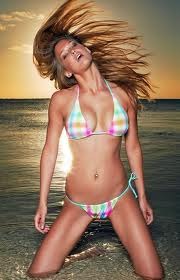 It was my idea.  I thought it would be fun to create thousands of votes for a random woman.  So we picked a woman we knew and asked her to wear a bikini and take a few photos and we would help her win the contest.

Our thinking is that we can take a fairly plain woman, put her in a bikini and get her enough votes that she jumps into the top group.  Then my thinking is that once she is in the top group, that because she looks fairly neutral and the fact that other people were voting for her would cause other people to vote for her too even after we stopped manipulating the vote.

The funny thing is that every woman that heard the idea, wanted to be in the contest.

Would you want to win a beauty contest that was manipulated by a few nerds (cool guys)?