Keys to Identifying an Internet Fake

Every once in a while, we have a fake site that comes and spends time with us on xanga. 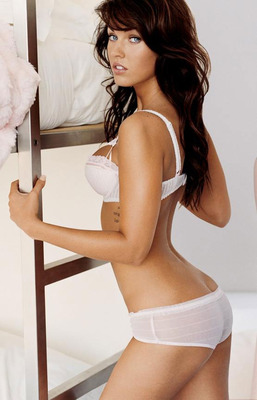 (The above person is not an Internet fake.  It is my wife.  Seriously).

Now I must admit I have been wrong a few times.  For example, one time I believed a cancer patient and she was a fake.  Another time I made fun of a fake death only to find out it was a real death.

But I think for the most part I have learned a few tricks to discovering fake people on xanga.

1.  If a person gains 100-200 friends on xanga within their first 24 hours, typically it is run by someone who is already on the front page of xanga with another site.  Almost always these sites are run by at least two people.

2.  If a fake site is discovered, typically you can go back to the first post the person gave and the answer to who is running the fake site can be seen in the first few comments or the first few people who recommended the post.  (In fact, this is almost always right).

3.  Typically if she is really hot and she wants to be friends with ugly and old men, the site is really being run by a man or a fat woman.

4.  If she is really hot and she is abrasive in her flirting style, she is typically a man.

5.  If the person can’t produce a video proving he/she is real in 24 hours, the site is a fake.

6.  If the person automatically comments on the 20 most popular bloggers in one hour of being on xanga, the person is a fake.