When I was 15 years old, I had my first real relationship.  Her name was Janet.  It lasted a week.  She broke up with me and then she told me she wanted to go out again (We didn’t actually go anywhere.  We were just official).  That lasted about 2 weeks and then I broke up with her. 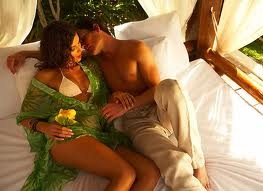 Then my second relationship was with Raquel.  I was 16 and it lasted about 2 and a half weeks.  I broke up with her.  I then decided I would not have another relationship with a woman unless I was going to marry her.

So I only went out with girls but would not make it official.

When I was 19, I started going out with my future wife.  We were in a relationship for 3 weeks and that was my longest relationship so I asked her to marry me.

I would define a relationship as something where you were not allowed to date someone else.

How many relationships have you had?

← Kissing a Smoker
Trun Had Her Baby →