One of The Days That Changed Me

I had two nights in my life that I would describe as the worse nights of my life.  The first happened 9 years ago and the second happened 8 years ago.  Both of them happened right around Valentine’s Day so this causes this time of the year to stand out. 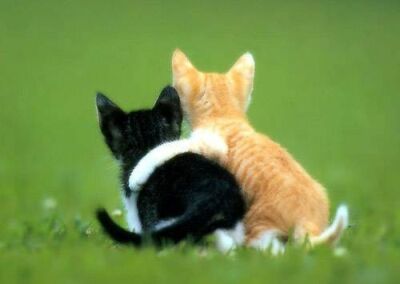 So a meeting was set up to determine if I would keep my position.  There was 47 people that were allowed to vote.  I told my wife that I felt 13-14 would vote against me and told her who they were.  I told her the rest would vote with me.

I guessed the vote exactly.  14 people voted against me.  I tend to be very intuitive.  I can sense at any given moment if someone is with me or against me.

In the meeting, it was open to debate whether I would keep my position so people were allowed to speak for me or against me.  The meeting lasted 2 hours.  For two hours I listened to people say negative things about me. It is hard to describe what happens to you when you are standing up in front of a very large group of people and having people say negative things about you for 2 hours.

I must admit that I changed that night.  I used to believe that people were fundamentally good.  I no longer believe that.  Yes, I won the vote.  People told me I came out of that meeting so strong and that everyone stood behind me.  But if you have ever had a meeting like that, you would know that you don’t recover quickly from spending two hours having people say stuff about you.  Some said I showed favorites in my position.  Others said I lied to them.

I never responded to one accusation that night.  I didn’t say a word.  Why?  Because I knew I was going to have 13-14 people vote against me and I was going to win the vote.  So it didn’t make sense for me to say something unwise.  I was concerned a little that people might believe what people said but none of the stuff said stuck to me.  It just bounced off and no one held it against me.

But the night was very painful.  For a few years it really framed how I viewed people.  It really made me prize loyalty in friendship.  I say over and over again that loyalty is king.  Now some of you will disagree.  That is fine.  Take all the disloyal people you want.  I don’t want them around me anyway.  I will keep loyal friends.

I don’t serve in a public position anymore.  I will never do that again. I used to want to run for the U.S. Senate but I won’t do that.  Why?  I don’t want to invite people to criticize me.  It is not worth it.

It is funny given how my stay on xanga has turned out.  Obviously xanga is not the same as serving in a public position.  But it is interesting to look over the crowd.  So many people over the years have sent me private messages and claimed friendship and yet have turned around and betrayed that trust in one way or another.  But on the other hand, so many others have been such loyal friends and never asked me to explain myself.  Should our friends get an explanation?  Probably.  But I have found over and over again that real friends don’t need an explanation.