My son sat down and talked to me tonight and told me he was going to drop out of basketball. 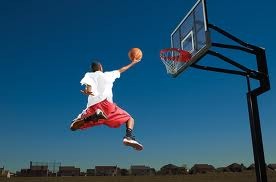 He has played basketball since he was in 4th grade.  He endured all the cuts and played year after year as other friends didn’t make the team.  This last year he was one of only two sophomores who made the varsity team.  This year he would have been starting varsity as the center in his junior year.

But tonight he told me he wanted to quit.  I listened.

When he was done giving his reasons, I told him “I love you son.  I support you either way.”

He responded, “I was kind of hoping you had some words of wisdom.”  I told him, “No.  People decide to give up things in their lives every day.  I know you may regret this later.  But it is in your hands.  You will have to decide to do certain things or not do certain things for the rest of your life.  I love you either way.”  And I hugged him.

Have you ever quit something you regretted later?