I read a post by Lobornlytestthoughtpalace and she is claiming xanga banned her IP address. 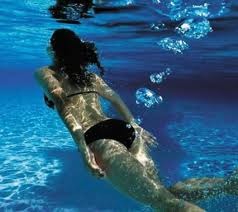 I have been on xanga for 6 years and I think that the most common reason xanga blocks an IP address is because the person creates multiple xanga sites and then attacks people with those sites.

I doubt it had anything to do with atheists or her being Christian.

Judging by what xanga has done in the past, she was either trolling Revelife really bad or she created multiple sites to harass people and she did it from the same IP address.  So xanga blocked the IP address.

I can remember one time when I think xanga blocked an IP address on accident and they quickly corrected it.  So perhaps they are sending a nice little message to Loborn and saying, “Don’t spam the ish sites because we make a profit off those sites” or they are saying to her “Don’t create multiple accounts and harass people.”

Something tells me they will unblock her IP in a short time and they will communicate in private to her what she did wrong and ask her not to do it again.

I am only saying this in public because I know xanga will not defend themselves against this false accusation.

If xanga blocks an IP address because a person has created multiple sites to harass people, they are doing that for the good of the community.  For example, you would not want someone creating multiple accounts and harassing you.

So before we get all upset and start bashing the Xanga Team, perhaps we might wonder if xanga has any other option but to block the IP address of a spammer here and there.