Why You Can’t Be Friends With a Depressed Person

I have learned over a period of time that it is very difficult to be friends with a depressed person. 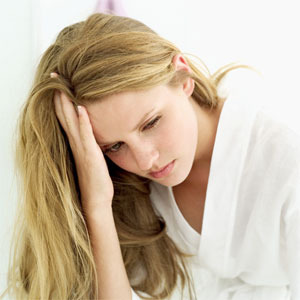 I had a friend on xanga who I was friends with for almost the entire six years I have been on xanga.  She dropped me as a friend on Facebook recently and unsubscribed to my site.  She wrote a protected post directed toward me that said something that was somewhat negative.  It said something like “Dan is a jerk.”

Remember I am good at judging how people feel about me and I knew instantly she was upset when she wrote that.

She did not explain to me why she dropped me as a friend and did not respond to a private message.  But I also realize that I am changing over time.  For a great deal of my life, I formed friendships with people I knew were depressed.  I would support them when they were down.  So although my closest friends were not depressed, I had several friendships with depressed people.  I saw it as sort of my role in life to help them when they were down.  I tried to pull them out of the depression.

They are obsessed with their own thoughts and feelings.  They have defined their life by those thoughts and feelings.  It is always “me and my weight problem,” “me and my depression,” “me and my childhood abuse.”  I am not saying that those people have not experienced pain.  I am simply saying they tend to elevate their pain above the pain of others.  This makes it difficult to actually be friends with a person like that.

But this pushing others away is what leads to a deeper depression.  After pushing one person after another from their lives, they look around and see that no one is there for them.  They appear for the most part to be unaware of why their friends “abandoned” them.  I am sure most of their friends moved on and formed relationships with others who could invest equally into a relationship.

I am not taking away from the chemical imbalance that often comes with depression.  I understand that the depression is caused sometimes by the person’s inability to think rationally about their relationships.

But I also think that the key for some depressed people is to get over themselves and simply invest a little more in the people around them.